Fifth Avenue Still on Top, Despite What Study Shows

By Karsten Strauss 7:44am

Fifth Avenue’s drop from the top spot of Cushman & Wakefield’s list of the world’s most valuable shopping destination has more to do with surging rental rates in Hong Kong than it does a loss of value here in New York.

That city’s Causeway Bay now holds the distinction of being the most expensive strip of retail space per square foot thanks to a 35 percent rent value surge, according to C&W’s recent report. Be that as it may, some New York real estate brokers aren’t losing any sleep. In fact, they’re doubting the report’s accuracy altogether.

“There’s no doubt that Causeway Bay in particular, and Hong Kong in general, are hot, high-end retail markets,” said Jack Terzi, principal of commercial real estate brokerage, JTRE. “But I doubt that market has eclipsed Fifth Avenue as the world leader.”

Mr.Terzi is skeptical of the results for two reasons: the study may have calculated leases the entire length of Fifth Avenue, not focusing on the prime spaces between 52nd and 58th streets; and, it may also have used old leases still in place to arrive at its results—leases which “are substantially below the current market,” he said.

“Take 666 Fifth Avenue, for example, where ownership paid all its retail tenants – Hickey Freeman, Brooks Brothers and the NBA Store among them – big money to get out because they were paying well under the prevailing market,” Mr. Terzi told The Commercial Observer. “Ownership replaced those tenants with Swatch, Hollister, Uniqlo and Zara, which paid prevailing market rents, which were far higher than what the old tenants were paying. So as spaces with old leases come up for rent on Fifth Avenue, the per-square-foot price tags on them will have gone way up, to $3,000 or more. The prices on Fifth Avenue may go even higher because there’s such a paucity of available product there, and demand remains extremely strong.”

Norman Sturner, president and founder of Murray Hill Properties, doesn’t see Fifth Avenue as having lost any prestige. In fact, he feels its possible that values may increase.

“I have no doubt that Fifth Avenue will retain its glamour, it’s shine,” he said.

Murray Hill is an owner of 530 Fifth Avenue, controlling 40,000 square feet of space—approximately12,500 of which is on the ground floor, 19,000 of second floor and mezzanine space, and 18,000 below grade. Mr. Sturner estimates the square footage to be worth between $16 million and $20 million total. Why is he confident in the building’s value? Limited supply. Middle market retailers have sought locations on Fifth Avenue between 42nd and 52nd streets, while luxury goods purveyors have remained between 52nd and 59th. “We are quickly running out of retail space from 42nd street to 52nd street,” said Mr. Sturner.

The prestige of Fifth Avenue is a horse of a different color when compared to other prime retail locations in the world, like London or the burgeoning China, he said. “New York City is still the number one location for business, for visitors, for transparency,” said Mr. Sturner.

Powerhouse retail broker, Joseph Sitt, CEO of Thor Equities, also feels that the report does not accurately reflect the rent value of Fifth Avenue. “From every metric, whether its sales, whether its offers being made—if anything (the value) is even higher than that,” he said.

Mr. Sitt, whose Thor Equities has several investments on the Avenue, said he knows of three prospective tenants – all retailers – who have made offers of over $3,000 per square foot on H&M’s space at Stawski Partners’ 505 Fifth Avenue. “We know the demand is absolutely incredible,” Mr. Sitt said.

With shoppers from all over the world visiting shops in the area and many interested prospective tenants, the city’s prime retail street could also have room to increase in value, he suggested. “I don’t see Fifth Avenue abating,” said Mr. Sitt. “If you walk it, that says it all.”

Ultimately, the far-reaching renown of Fifth Avenue as a retail hub has been earned over generations and is not going away. Neither are the high square foot valuations. “We’re not building Fifth Avenue high rises, we’re just not,” Mr. Sturner said. “…we have to deal with the inventory that’s here.” This is the first time in 11 years that the famous New York street has not sat atop C&W’s list of the world’s most valuable shopping areas and with new lease deals at higher values, it could reclaim the top spot again sooner than later. 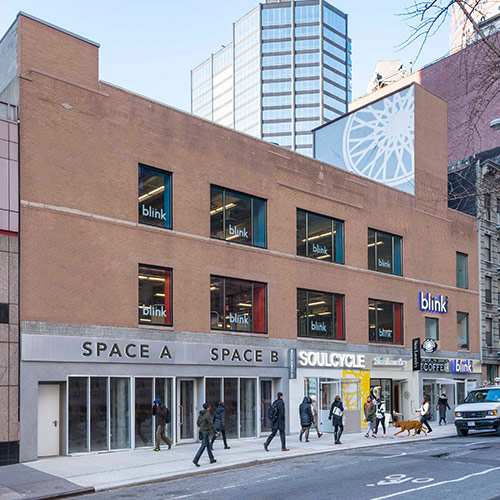